Photographs from the The Company of Men and Manifest document a particular gay community and subculture in a vivid way that has never been captured before. Little shows us his vision of male beauty that is quietly subversive and powerful. His subjects are revealed honestly through Little’s camera lens, the portraits capturing the individual and at the same time hinting at archetypes that are universal. Most importantly, Little’s images shatter mainstream stereotypes of homosexuality and underscore that masculinity lies beyond sexuality.

In his latest book Preservation, Little was intrigued by the juxtaposition of pure honey and human flesh, and was amazed by the transformations when the viscous substance was dripped, dribbled, and poured over various types of bodies, men and women, young and old. For the artist, honey has a way of diffusing the personal qualities of his subjects, often making them unrecognizable, democratizing their individual traits into something altogether different and universal. The Preservation photos in this show focus on the more hirsute models from this series and perfectly showcase the exciting intersection of bear men and honey.

Through Juan Antonio Siverio’s modern re-vindication of traditional drawing techniques we see an honest portrayal of everyday bear life. Siverio creates contemporary images with the delicate mediums of crayons and watercolors, always leaving the visible pencil grid beneath the paintings. His work is very detailed and refined, with complex shadows and lights. One can discover the architecture of each of Siverio's works by looking closely onto the surface of each one of his drawings.

Siverio lets the viewer see images of masculine men and their particular beauty. He unveils a clear and realistic look. His work is honest and that is what makes it so beautiful and sensitive. He brings out the most feelings of the person he draws, particularly their soft and vulnerable sides.

The show opens Lazy Bear Weekend, a unique celebratory gathering that has become one of the most important weekends of the year for the town of Guerneville. 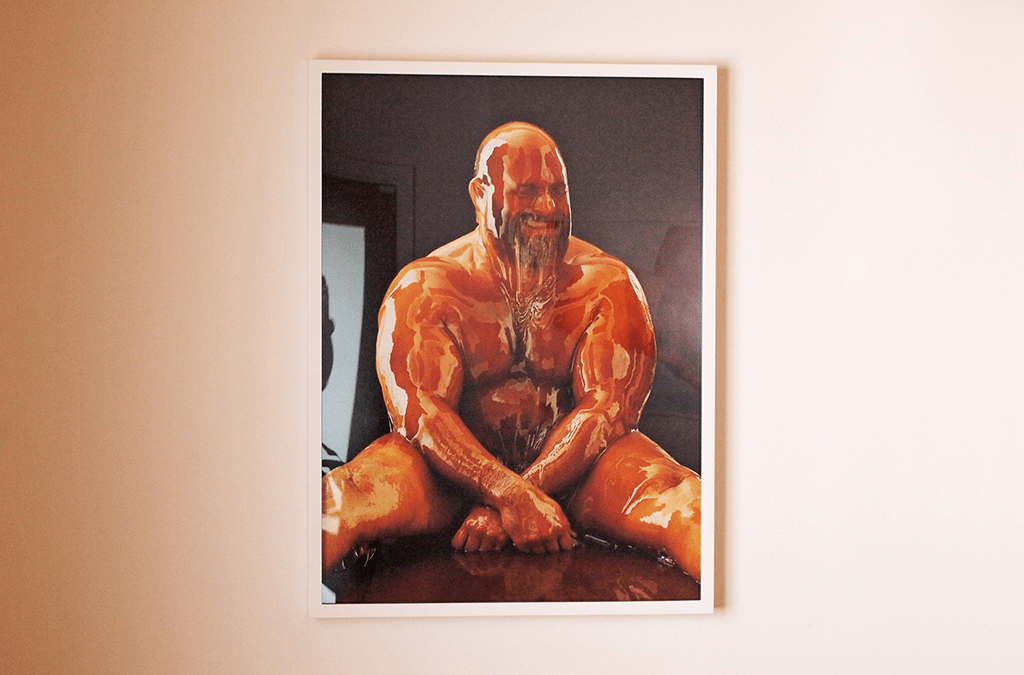 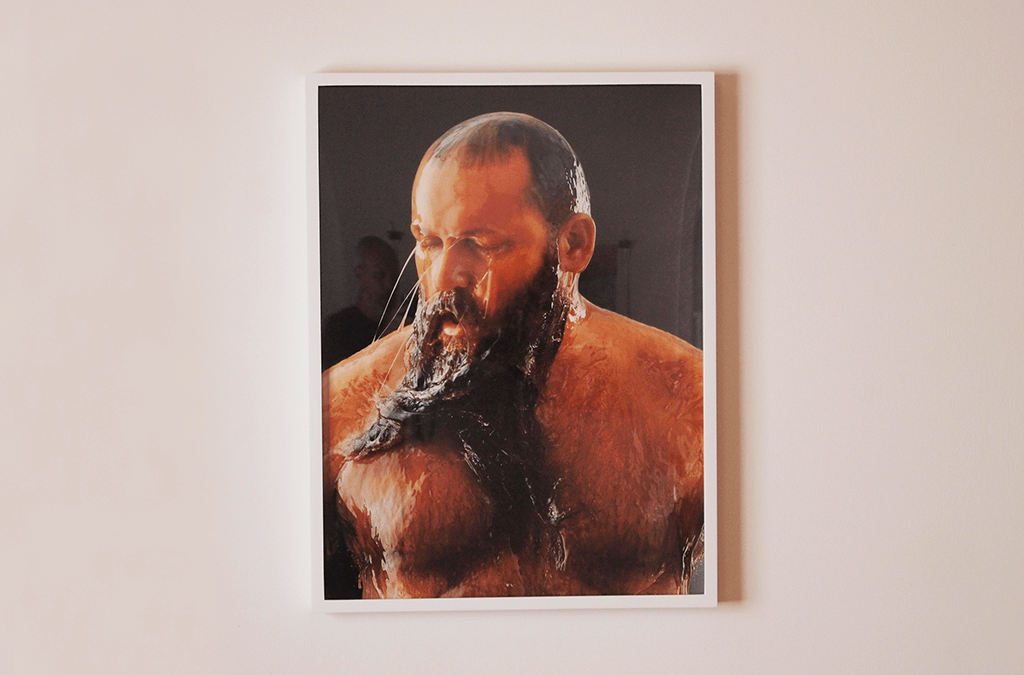 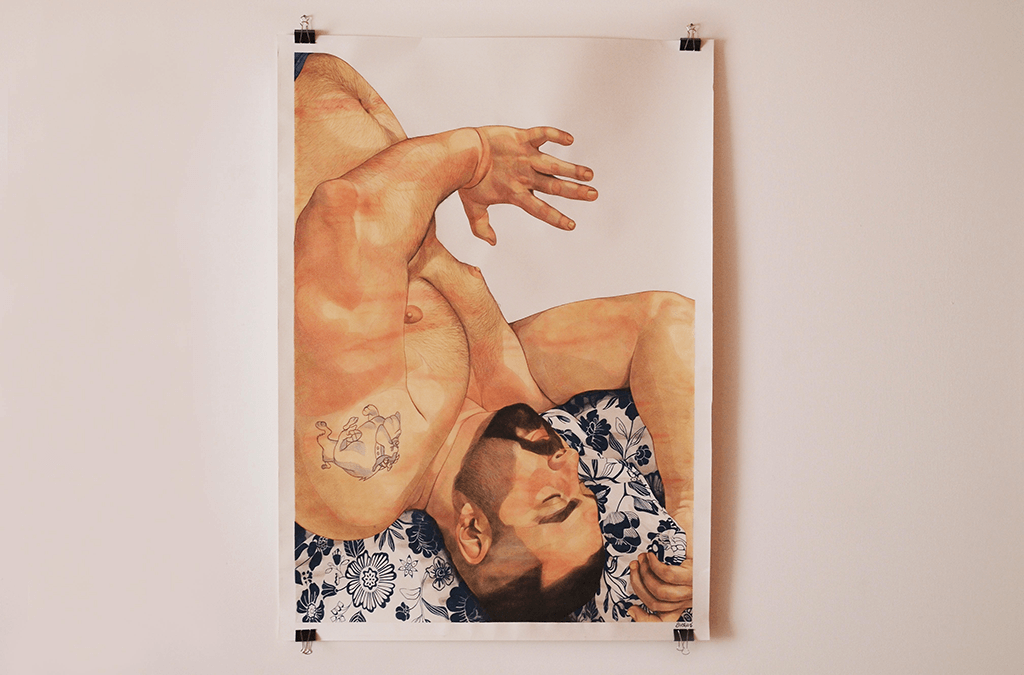 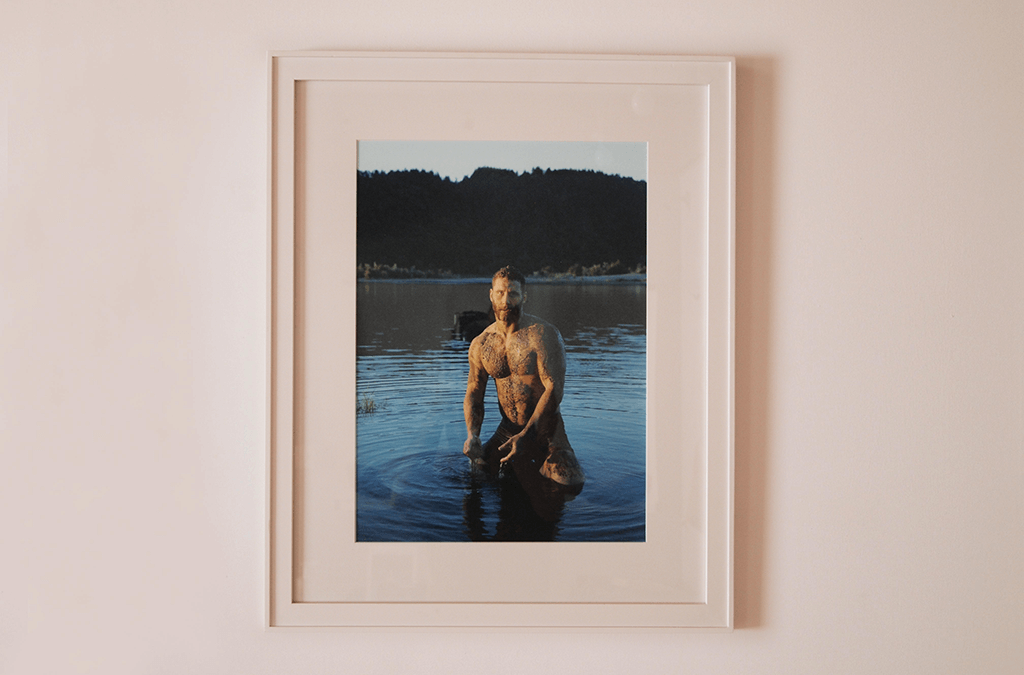 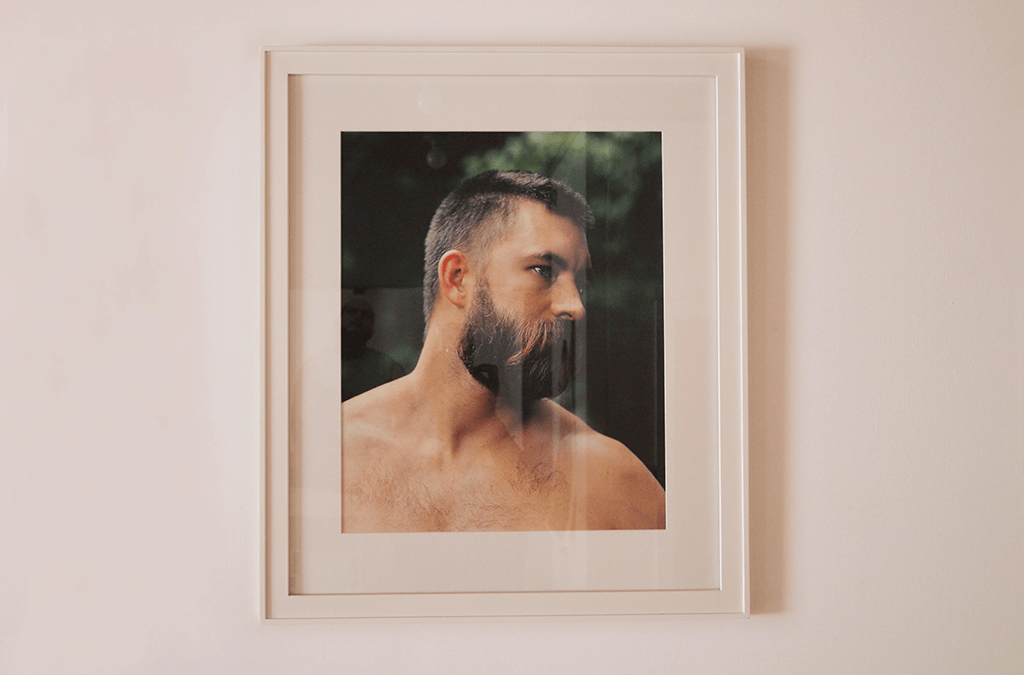 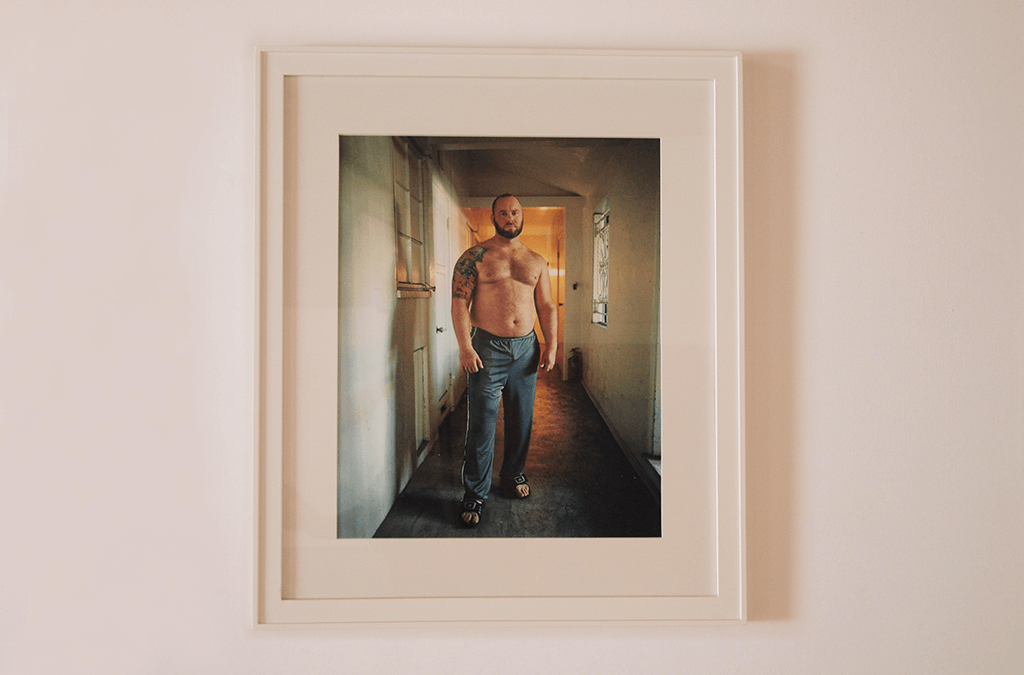 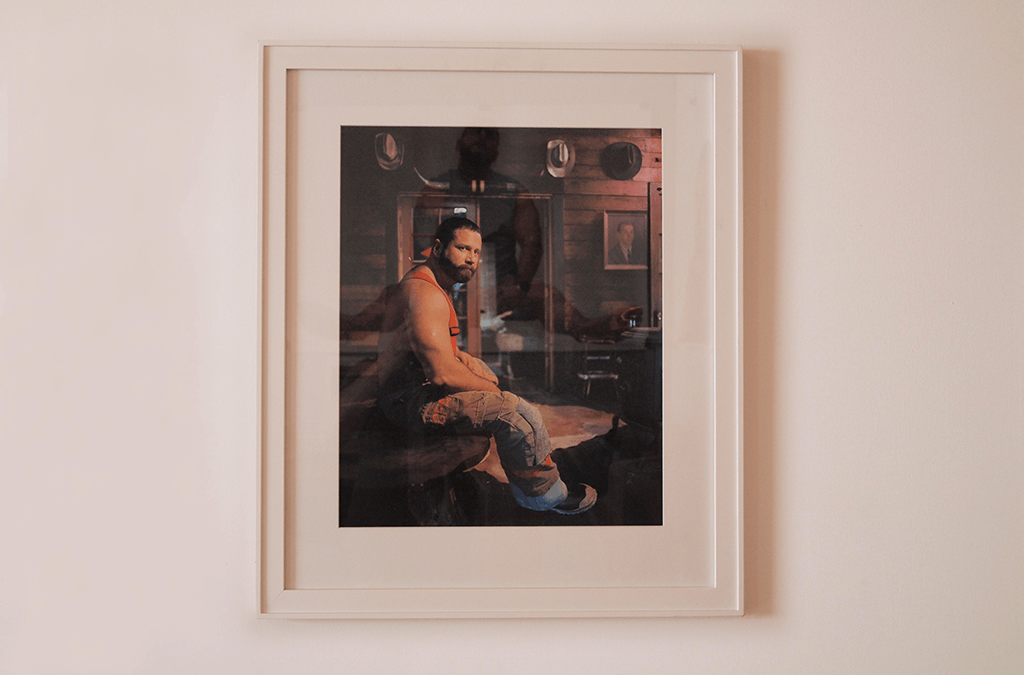 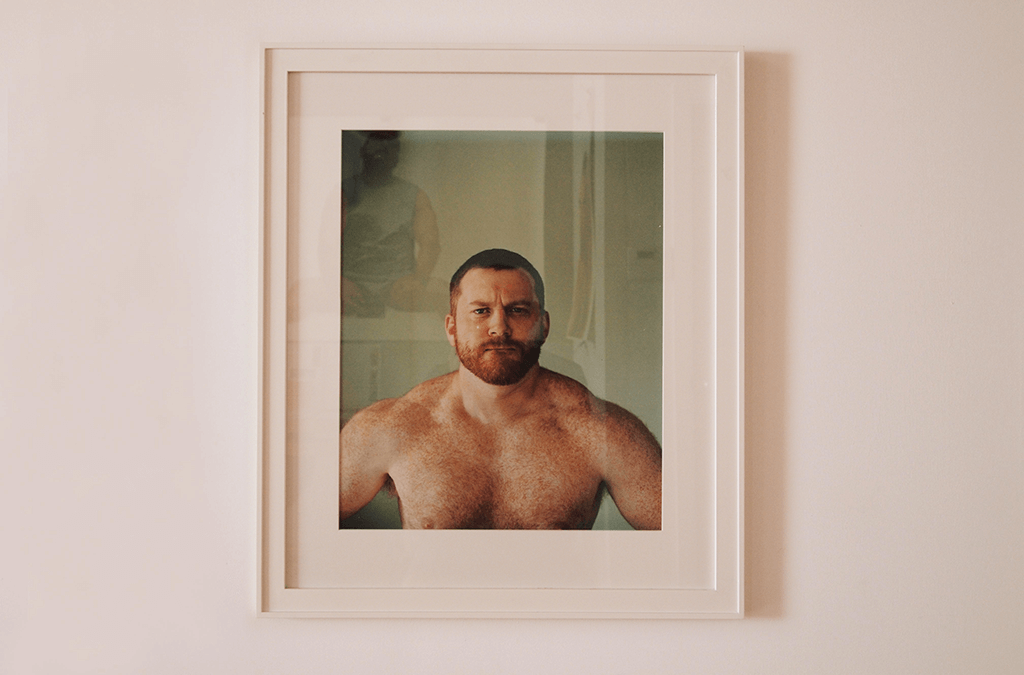 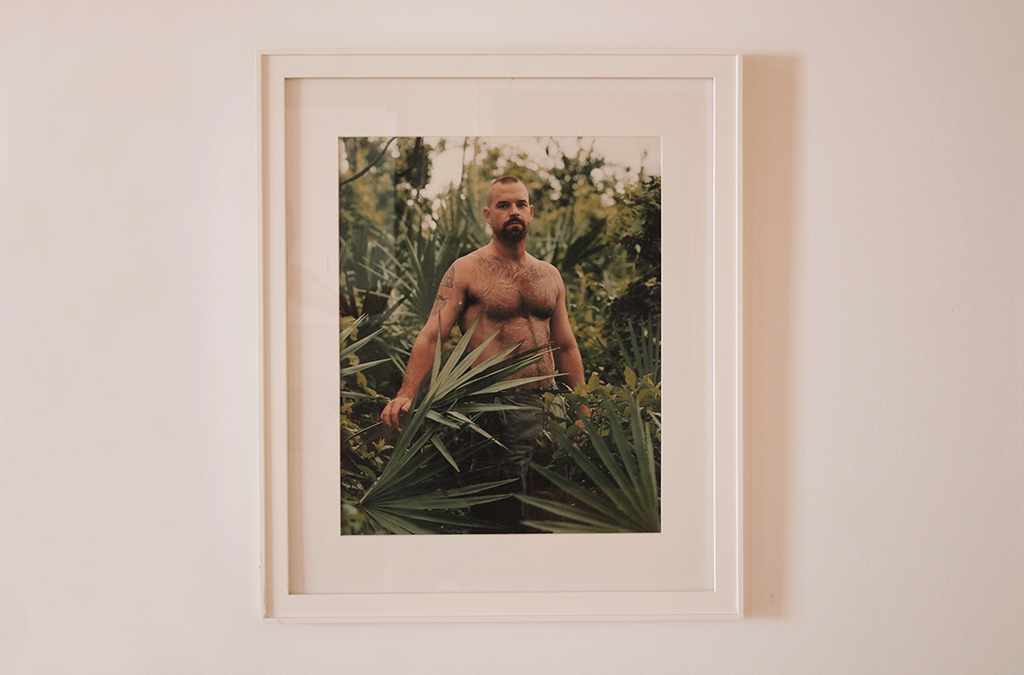 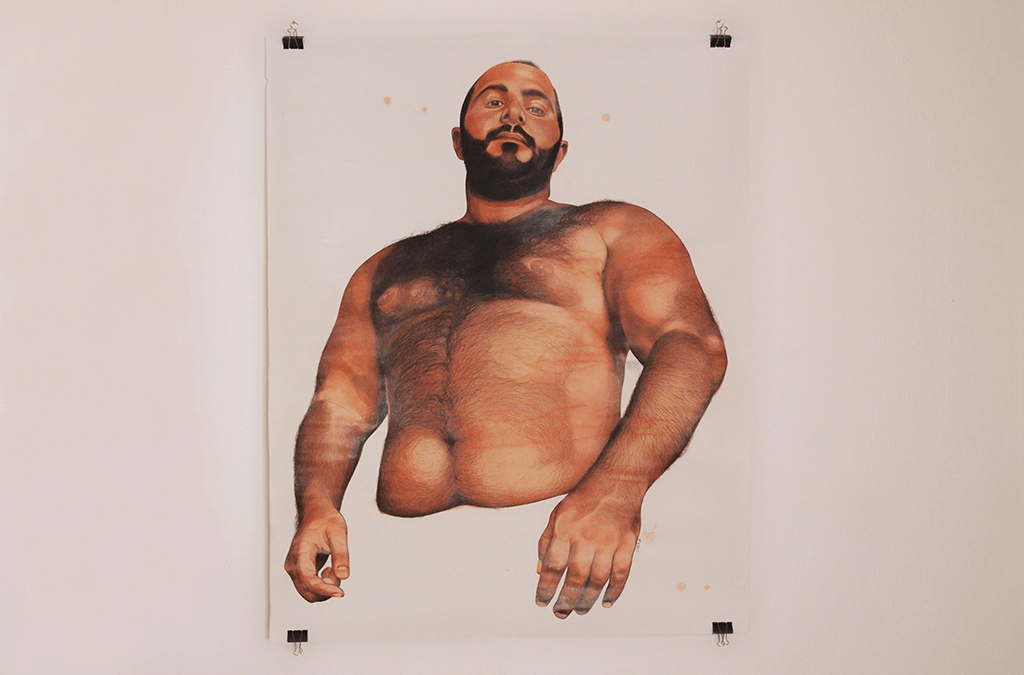 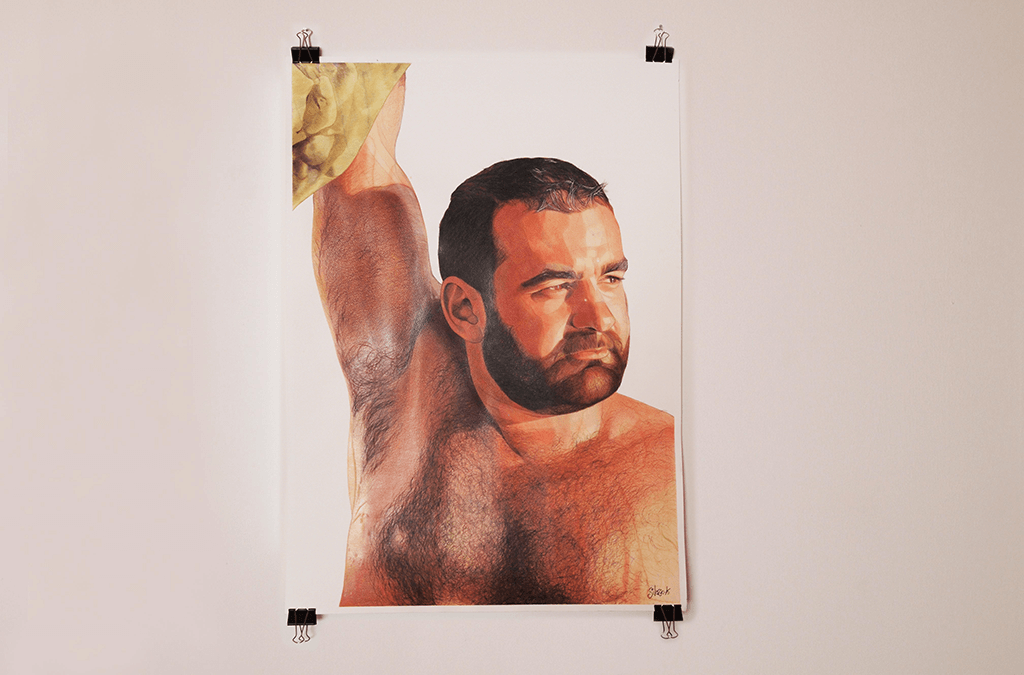 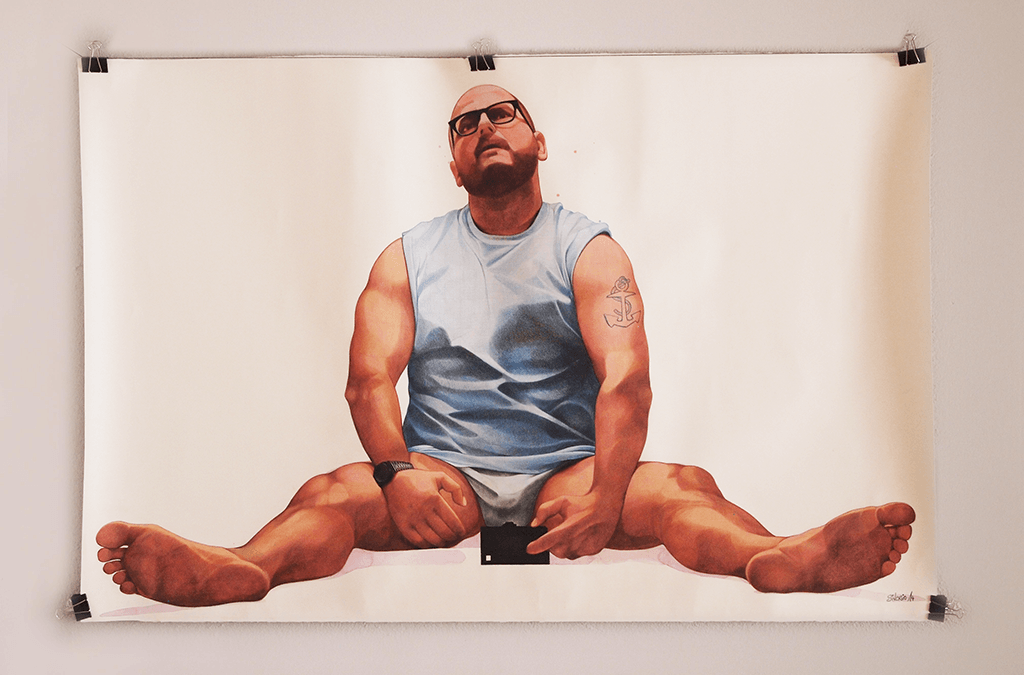 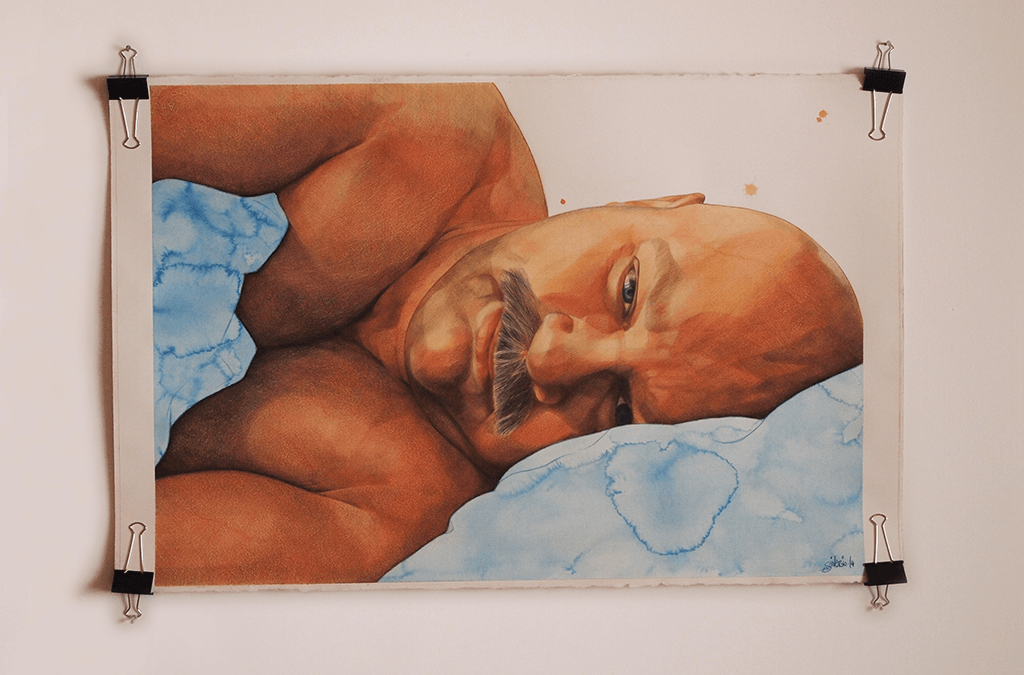 Blake Little is an award winning Los Angeles based photographer best known for his ability to capture, with an honest intimacy, the energy and personality of his subjects. His skills as a portrait photographer have garnered him a reputation as a favorite amongst celebrities, international publications, and corporate clients.

Little’s artistic work has been exhibited in New York, Seattle, Los Angeles and Japan and has resulted in four monographs, his first book Dichotomy in 1996, his second publication The Company of Men, 2010, Manifest, 2012 and Preservation, 2014. He is represented by the Paul Kopeikin Gallery, Los Angeles, CA.

Born and raised in Seattle, Washington, Little moved to LA in 1982 after graduating with a photography degree from Seattle’s Central College.

Juan Antonio Siverio, a native of Tenerife, lives and works in Denmark and Berlin. Born in 1976 and raised in the Canary Islands, he moved to Barcelona to finish studies in Fine Arts. His work comes from private (Spain, Germany, Italy, U.S.) and commercial commissions. His commercial clients have included BlancoSuite, Uno Models, Barcelona and several publications.